Reminders/Reflections. Because today, I need them.

“If it does not feed the fire
of your creativity, then leave it.
If people and things do not
inspire your heart to dream
then leave them.
If you are not crazily in love
and making a stupid fool of yourself
then step closer to the edge
of your heart and climb
where you’ve been forbidden to go.
debts, accusations, assaults by enemies
mean nothing,
go where the fire feeds you…”
-Jimmy Santiago Baca

2. Making a delicious mess in the kitchen with a best friend can be the exact remedy needed for mending recent heart wounds. (Not necessarily of the romance kind – although there is some of that to be sure. But mostly, the wounds are self-inflicted. A coming to terms with destructive decisions standing in the way of living a truly valuable life.) 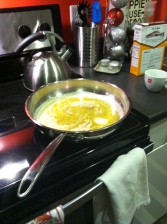 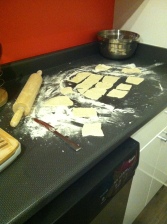 When the Goddard beauties convene, there is just no way to not be pulled into their magic. They feed me. And inspire me. And make my insides hurt from laughter. They offer a comfort that just doesn’t even make sense. The rest of the world just seems to stand still when our worlds collide. It’s becoming a semi-yearly tradition, and I am sososo thankful for this thing I didn’t even know how to articulate before these spontaneous encounters began. These life-changing women who are changing life out in the world.

A plan to have dinner with a friend and her family, many times rescheduled, turned instead into a collective feast amongst many friends. Hosted by our respective organizations, ReSourceArts and Contradiction Dance, we created an eventbrite and invited our facebook friends. For a donation of $5 apiece, our amazingly talented friend cooked the main course, and everyone else pitched in, potluck-style, to bring beverages, appetizers, sides, desserts…  The result was a completely casual and comforting celebration between friends, new and old.

As we move into this holiday season, it was a wonderful way to remember what we have to be so thankful for:

A chance to connect with REAL people in REAL life, savoring the delicious smells coming from the kitchen, tasting craft beers (one of which, we concurred tasted like Pine Sol), listening to good music that just makes you want to move, passing adorable babies from to one arm to another… For life, connected.

It’s these types of events I’m so happy to be creating these days.

This day made me appreciate the art of running a restaurant/bar in a way I just never, ever could have before being amidst the madness. Tonight marked a record number of people and purchased drinks.

There was so much opportunity for error. So many many things could have gone wrong. And yet, somehow, even though it looked quite like chaos based solely on the sheer number of people, everyone working managed to stay cool, calm and collected. Well, maybe that’s an exaggeration. But at the very least, everyone on staff worked effortlessly as a team. It really was an incredible thing to watch – and be a part of.

And now, I want to sleep for three days straight.

And I liked it!

Especially all the pretty colors:

Food. Friends. Another day of extending the birthday celebrations. Nothing better. Especially when one of those friends is a trained chef. Delicious.

Now if only natural bug repellant would actually keep the little creeps away. 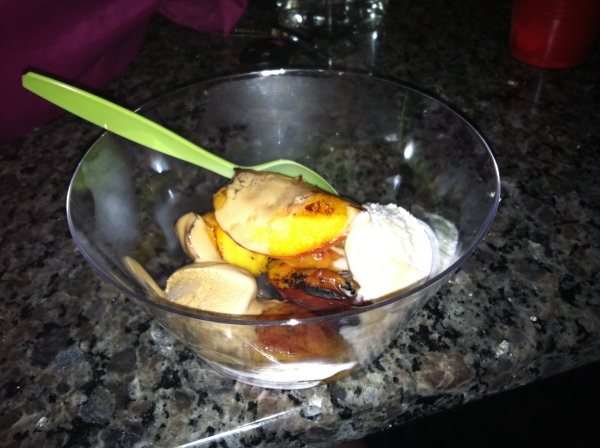 What can I say?

Last year, thirty, felt first like the end of the world as I approached, and then the beginning of a new world as I entered.

This year, with so many days of having people celebrate with me, the actual day didn’t feel much like anything other than a pretty great day.

Dinner, however, was spectacular.

And my mom’s tradition of ‘surprising’ me with a candle in my dessert just gets better with the years, too.

Especially this year when the entire restaurant decided to participate in the singing.

My friend told me about Irish Car Bomb Cupcakes. CUPCAKES. GENIUS. Art, for sure.

I used to think bigger was better.

Events. People.
I used to think bigger events, were better.

Now, I’m starting to see that there’s nothing wrong with starting out small and building something lasting and worthwhile instead.

I’m realizing I won’t ever be an ‘Ideavirus’ unleasher, as described by Seth Godin. I read the book. I thought, maybe, I could be that, do that. And up until, well, tonight maybe, it made me sad that I didn’t seem to possess the magic to get everybody to jump on board and flock to my idea, event, etc.

But I have a steady group of people who support and encourage and attend, and that means more these days.

I have an event this Thursday – the kickoff for a monthly series my friend and I developed, called Reel Talk. (Food, Film, and Forward-Action Conversations.) We capped it at 15 people (it’s taking place at our friends house and includes cooking and watching an independent film.)

We have… five people registered. All of them are friends or family of those of us putting on the event.

Instead of feeling bad about this in the way I would have in the past, I see this as an opportunity. We have no idea if this idea will go well or not. (We have a hunch it will – WE believe in the idea of gathering people around a thought-provoking movie and delicious meal to get some connections and positive action happening.) But we don’t really know how it will be received. So starting with five people – whom we all know – will allow us to test it out and refine it in order to build the event’s success over time. It will be the right five people at the right time and will allow us to grow into ourselves as an organization. And this is all good.

In another first – I didn’t over-extend myself money-wise for this event. We kept the price low enough to get people to register but charged enough to cover our costs. This is a huge in my world. Huge I tell you.

So two pats on the back for me, for altering the way I approach my work.

And two more for continuing to charge forward with the work I believe in. Even when it feels so hard to do so.